The Process of Life and the Art of Being

Brian McLaren has recently released a book called Do I Stay Christian? A guide for the doubters, the disappointed, and the disillusioned. In the book, he refers to patterns of social organization and the ways that we understand personal and social development and maturity. He references the simple, yet profound understanding that comes from Richard Rohr’s concept of the second half of life. Rohr defines a process that begins with an understanding of dualities, then the breaking down of those dualities to allow for the transformation that takes place by perceiving the diversity and complexity that arises through the interplay of the dualities to bring new things to life, an emergence of new and unexpected abilities and qualities. The process is described in three words: order, disorder, and reorder. Rob Bell refers to the same process with a focus on personal development based on a shifting focus in perception and intention: me, we, and everyone. The process moves from separation into categories to a growing awareness of the connections, interdependence, and unity of everybody and everything.

Do I Stay Christian?

McLaren goes on to explore another way of describing this process of rethinking one’s relationship to a culture that has shaped the world in many ways that are beneficial but even more ways that have been toxic, oppressive, abusive, and destructive. He uses four terms: simplicity, complexity, perplexity, and harmony or solidarity. Using the metaphor of a tree growing in concentric rings, the growth includes the development in previous years, but it also transcends. Include and transcend becomes a principle to avoid the tendency for separation and duality that happens in the first half of life, when developing a map of the world. We soon discover that the map does not allow for the reality of change. The map is not the territory but a crude abstraction of reality. Experience is much more subtle and complex.

As the Design Science Studio has reached this second stage in its evolution, I have had a sense that we are following a similar pattern. The first year was a response to the pandemic to create an online program that invited people from around the world to engage in a new iteration of Buckminster Fuller’s Design Science Decade. The second year built on the successes of the first year by introducing some in-person experiences. In some ways, the hybrid model worked well for those who could participate in the event in Florida. For some who were not able to participate, it felt like being excluded and marginalized. There was a breakdown in expectations and results. While the eleven-day event demonstrated the ability for the group to come together and resource each other to stage and present the work of the second coheART, the event exhausted the time, energy, and resources of the group. There is a recognition that the business model and the organizational model is unsustainable rather than regenerative.

There is a desire to find ways to bring together a third iteration of the Design Science Studio, but it will require a reordering, a synthesis, and a model more akin to Bucky’s own personal experiment in transformation. However, are we ready for such a radical change in perception and behaviour? In Critical Path, Bucky describes how he disciplined himself to live only in service of Universe to create the artifacts that might demonstrate a new model of living with technology to do more with less. He also imagined a different kind of account system that might shift our perceptions around the viability of the existing social, economic, and political models to meet the needs of humanity.

In Generation Dread, Britt Wray observes the existential dread of a generation of young people who have inherited a social, economic, and political order in various stages of breakdown and collapse, which are all symptoms of an ecological breakdown that is the result of the desertification of the so-called progress of civilization. The psychological state of dread that this generation is suffering provokes them to action. However, the shift from existential dread to action might represent an even greater challenge if those actions do not address the problems, but merely add to the existing problems by breaking down the solidarity and unity required to successfully transition human organization toward a renewed relationship with the earth.

To deal with trauma and grief, it is necessary to awaken together to the reality, and find ways to go beyond a protest against the existing systems. To transcend the fight, flight, freeze, or faun responses will require the ability to create new models that make the existing systems obsolete. Even this relationship is a dualism, an adversarial approach. How do we transcend and include? Lynne Twist speaks of hospicing the old and midwifing the new in The Soul of Money.

Britt Wray suggests that an empathetic and compassionate approach would integrate a practice of motivational interviewing where we can guide each other’s behaviours by giving each other freedom to choose the best path to becoming our authentic selves. When we each have agency to make our own choices and find our own way, we are less likely to be resistant to change.

When we resource each other in this way, we find the influence, capacity, and agency to be able to engage in the process of change together. We can become the vehicle for change that, unlike the Titanic, a top-down model for moving humanity from point A to point B, is agile and responsive. We can be a murmuration of human beings, able to individually maneuver around large obstacles because we have learned to fly in formation, able to respond in the moment to changes in the environment.

The existing systems are the Titanic, all designed to create a false sense of dependency on hierarchy and patriarchy to order the distribution of time, energy, and matter through centralized channels of control.

However, we are social creatures who learn through biomimicry how to develop language to communicate with each other and with the earth. Regeneration will require that we relearn the languages that have been lost over time to be able to relate to all of our kin, the more than human neighbours with whom we share this planet. To shift from entropy to syntropy will require a transformation in our relationships with our selves, each other, and the earth.

The Co-operating Manual for Being Human is a project that seeks to co-ordinate our actions as a species by reinventing our models for social, economic, and political success of the corporate enterprise to be replaced with a social organism that can include what has come before, but transcends the dulling of our imaginations for which these systems of dependence have been devised by the thieves and criminals of the past five centuries, the pirate executives and the criminal economists. They have hijacked our minds, our hearts, and our bodies, the vehicle of human agency.

We regain our freedom through an obsolescence of money, corporations, and nations. These background processes are the daemons that are the unconscious programming that have hijacked our systems like a computer virus.

This is not an easy process, but a necessary process to free ourselves from a patriarchal dominator culture that devolves us into shadows of our former selves. When we allow our technologies to do our work for us, we forget who we are. We are a cooperative, collaborative, compassionate species. Yet, we have been at war with ourselves for millennia.

We evolved. We have lived in symbiosis with the earth rather than dominating the earth. To regenerate, we can restore and remember who we really are as a species.

We have been through the process of generation. Now we know what it feels like to go through a process of degeneration. To heal, we heal each other, through a process of regeneration. We need not wait for the so-called leaders to get us out of this mess. They are the thieves and criminals who got us here in the first place. It will be very easy to do, but because of our addiction to the existing systems, it will be the hardest thing we have ever done.

The imaginal cells of the caterpillar have dissolved the old model of the consumer. We have been closed inside our cocoons for a couple years, reforming. We are emerging now with the ability to fly.

Generation, degeneration, and regeneration. This is how nature grows, reforms, and transforms.

We are the sun, the moon, and the earth weaving light, electromagnetic radiation and gravity as the shuttles of stars and planets move in cycles through the fabric of spacetime. This is how Universe is weaving worlds. We are life navigating metaphysical gravity and leaving traces of our path in the record of spacetime, growing stories that began 13.77 billion years ago. We cannot fathom what will grow from our seeds as we perform this dance of love in the embrace of life and death. 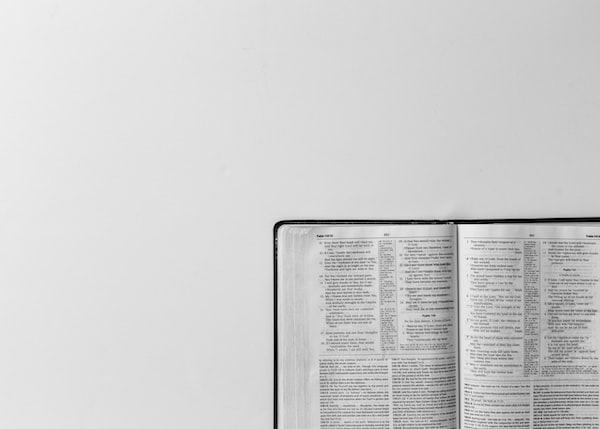 Now, the threat of death looms as a different crisis: Man has been at war with Nature, attempting to subdue the Earth and place it under his dominion. Now that Nature seems to be returning the favour, Man is in full denial that he has been doing any such thing. 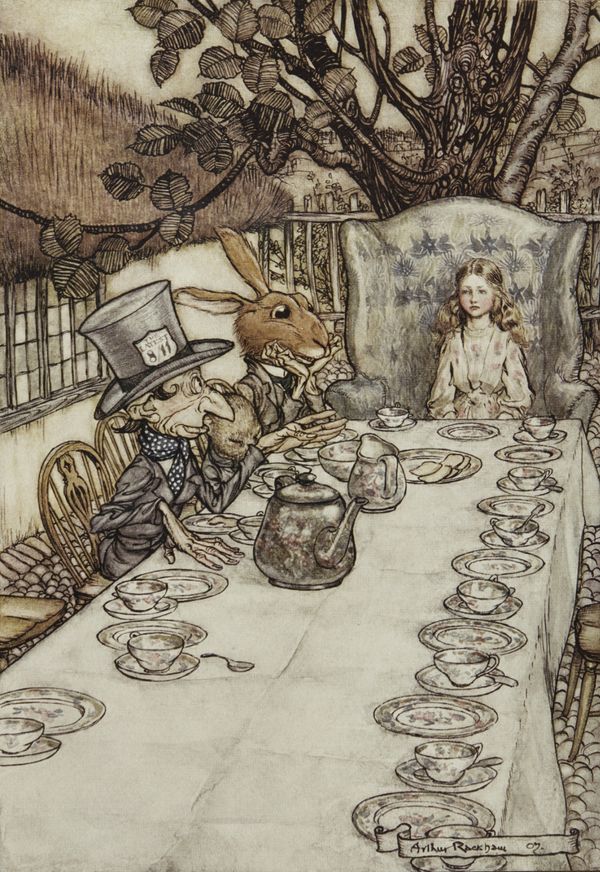 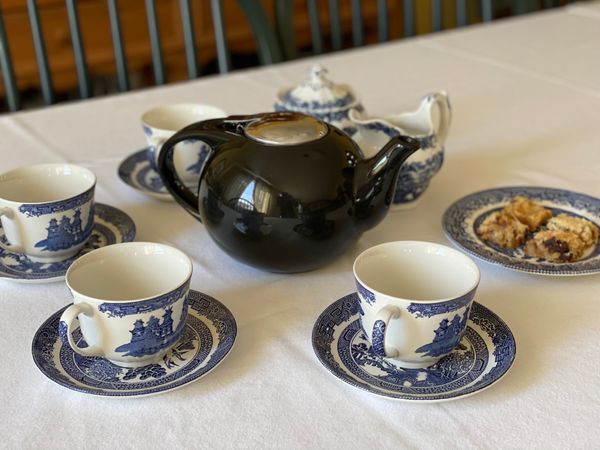